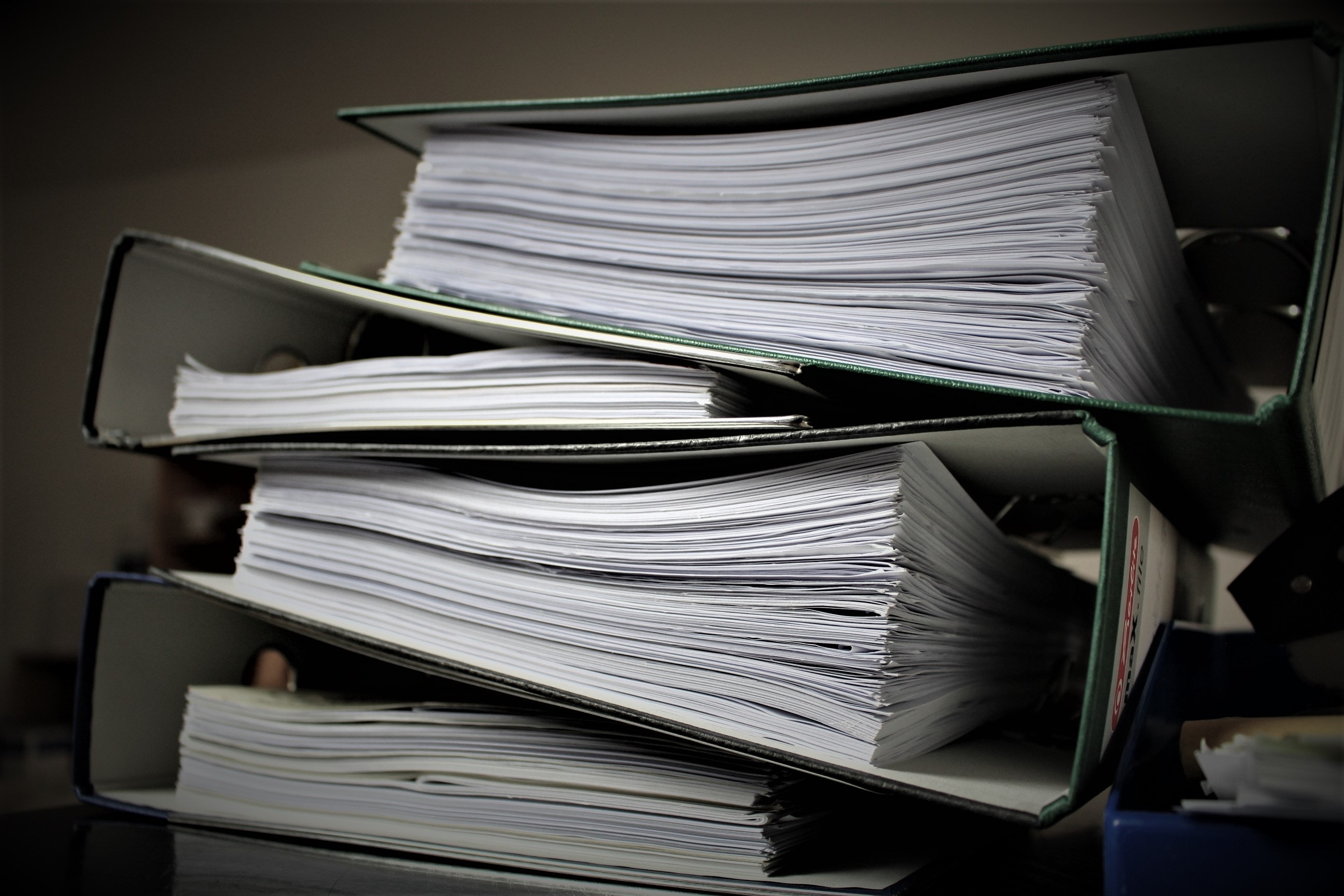 Large European companies falling under the scope of the NFRD had to report on the EU Taxonomy eligibility of their economic activities for the first time in 2022.

This means that they had to disclose the percentages of their Turnover, CapEx and OpEx that could be associated with activities listed in the EU Taxonomy.

We analysed a sample of 11 reports, published by Germany-based listed companies for financial year 2021 between January and early March 2022. We crossed-referenced report contents with the legal obligations falling upon non-financial undertakings pursuant to Annex I to the Disclosures Delegated Act, and drew four takeaways from that analysis:

1. Near half of the reports considered disclose very low to zero eligibility, mostly because of the insufficient granularity of companies’ financial data;

2. Most reports considered reveal weaknesses in disclosing their accounting methodology, although some best practice emerges with regards to providing information on how KPIs were computed;

3. All companies considered express an understanding of their obligations under the Taxonomy framework, and explain the system they set up to adapt to it;

4. All companies provide future outlooks on how they will improve the quality of their Taxonomy reporting for years to come, but only 2 out of 11 included detailed forward-looking statements on how they plan to increase their eligibility and alignment.

Companies must adapt to the level of financial data granularity required by the EU Taxonomy, as well as to a new methodology to compute performance indicators

1. Near half of the reports disclose very low to zero eligibility because of the insufficient granularity of their financial data

Despite the wide variety of economic activities already included in the EU Taxonomy, a non-negligible proportion of companies considered (5 out of 11) have reported 0% or below 3% Taxonomy-eligibility for all KPIs associated with their activities for FY 2021.

While all the reports we analysed acknowledge that at least some of the company’s activities can be eligible, either within the company’s main domain of business or within its secondary activities, several companies found themselves unable to report any concrete eligibility figures (4 out of 11 even reported fully null or unquantifiable eligibility).

Based on our experience, that could be explained by the fact that their financial data was not granular enough for Taxonomy-reporting: since companies were unable to estimate the proportion of their overall Turnover, CapEx and OpEx associated with specific activities mentioned in the Taxonomy, it was impossible to report on them.

For example, one company engaged into a few eligible secondary activities, e.g., "Construction of New Buildings and Freight Transport Services by Road", but it had to report 0% eligibility altogether, because it was unable to determine the exact percentage of its KPIs associated with them.

The goal behind the EU Taxonomy framework is to redirect capital flows towards companies reporting the greatest proportions of eligible and aligned activities.

However, the insufficient granularity of financial data cripples companies’ ability to attract green capital flows or impact investments. It is a shame for a company which engages in eligible activities to be unable to reap the potential benefits associated with that because it cannot report on their eligibility.

Non-financial undertakings should therefore seek to adapt the level of granularity of their financial data to the Taxonomy framework as soon as possible by starting to track Turnover, CapEx and OpEx figures on an activity level.

2. The reports considered reveal weaknesses in the disclosure of accounting methodology

While all reports we analysed somehow expand on what the company’s Turnover, CapEx and OpEx stand for, most companies (8 out of 11) fail to report on the definition of their KPIs in a way that is entirely compliant with the obligations outlined in Section 1.2.1 of Annex I to the Disclosures Delegated Act.

Most undertakings specify the accounting framework and national or international standards they used to report on their KPIs, but only 2 out of 11 refer to the legal definitions outlined in the Taxonomy (Section 1.1 of Annex I to the Disclosures Delegated Act).

The report by Covestro can be cited as a best practice in this regard, disclosing the precise formulas for the numerator and denominator of each KPI, as well as examples of the kind of activities included. Such level of detail can help the company express an understanding of the framework under which they have to report. Still according to section 1.2.1 of Annex I, companies are in fact legally required to outline such an understanding by specifying the definitions of their KPIs.

Another obligation that most companies have failed to comply with in their reports so far (8 out of 11) is that of clarifying how they have avoided double-counting.

This can be done through a short methodological statement. Double-counting can occur, for example, if an activity is associated with both a company’s CapEx and OpEx, or if an activity contributes to several environmental objectives at once.

In a nutshell, and especially considering their expanded reporting obligations from financial year 2022 onwards, companies must always remember to include methodological clarifications in their Taxonomy reports, precisely defining which expenses are factored in and out of their KPIs, while disclosing how they avoided any double-counting in their final percentages.

To follow emerging best practice, companies should express an understanding of their Taxonomy reporting obligations and provide strategic outlooks

3. Companies always express an understanding of their obligations under the Taxonomy framework, and disclose how they adapted to them

All the reports in the sample analysed by Briink included, usually in their introduction, an expression of the company’s understanding of the Taxonomy framework.

This section generally consists of a brief description of the legal framework surrounding the Taxonomy, a reference to the European Green Deal and the Paris Agreement objectives, as well as of a recap of the goals behind the implementation of Taxonomy reporting.

As per required pursuant to the Disclosures Delegated Act, all companies also made sure to include a summary of their own obligations under the Taxonomy, thus making clear that they were aware of what they had to report on, at which level of consolidation, and by which date.

Four companies out of eleven also included their thoughts on how the upcoming evolution of the EU Taxonomy framework may affect the extent of the disclosure requirements that apply to them.

We consider this best practice, as it allows shareholders to check that the company has understood its obligations and grasped the purpose of sustainability reporting in the general scope of the European Green Deal.

It is also in this part of their report that, if they have chosen to do so, companies outline how they have adapted their internal systems and methods to new reporting obligations. Some companies (4 out of 11), like Aixtron for example, also included a brief description of the new teams they created and of the tools they mobilised in order to start implementing Taxonomy eligibility and alignment reporting.

Such a description of the company’s system set-up is not only relevant to introducing the report, but it is also a great way to signal to investors that the company is taking its Taxonomy reporting duties seriously over the long-term.

4. All companies include forward-looking considerations on how they will improve the quality of their reporting

Every report among the companies considered included at least some strategic considerations as to the future of the company’s Taxonomy reporting process. Apart from the varying depth of the descriptions, all companies appreciate the forthcoming evolution of the Taxonomy framework and how it might impact their percentage of eligibility: Henkel and Airbus, for example, demonstrate an awareness that the Taxonomy framework will grow to include their main domains of activity.

A few (3 out of 11) companies also mention that they will make efforts to adapt their financial data to Taxonomy reporting for the next financial years, which provides encouraging signs to investors and regulators as to how seriously they take their obligations, and are willing to mobilise resources to adapt to the new Taxonomy reporting requirements.

Two companies also included forward-looking statements as to how they may increase their eligibility and alignment in the future by getting involved in new eligible activities, or by implementing a Taxonomy-eligible/Taxonomy-aligned CapEx plan.

Reports considered in our analysis: